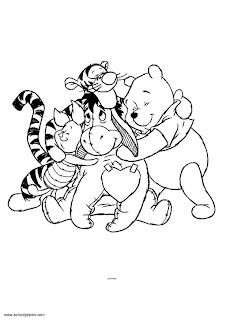 I spent the Labor Day weekend in New York, taking in a full day of tennis at the US Open and a performance of the amazing "American Idiot," getting my requisite New York pizza and bagel, even taking the subway for the first time in my life, despite being raised in New Jersey and visiting the city countless times. We also had the chance to spend time with my family, marveling at how much more my nephews have matured in the three weeks since I last saw them.

While all of that was tremendously enjoyable, I can honestly say that the highlight of my weekend was the opportunity to meet up with a number of old friends, some from high school and some from my years at summer camp. I saw friends I hadn't seen since 1986, 1989, 1992 and 1998 (plus a friend I had the chance to see last fall) and, from the moment I saw each of them, it was like picking up where we left off. It didn't matter that other than through Facebook we hadn't caught up in years, there was no awkwardness, no painful silences, no fishing for topics of conversation. If anything, we could have talked for hours (and in some cases we did), but our lives (and in some cases, our schedules) eventually had to intrude.

Certainly I hope to see these friends again much sooner than last time, although I know I'll be able to keep tabs on their lives through Facebook. (It's always shocking to me how much I resisted joining for so long, when it's now an integral part of my daily life.) I'm also hopeful to set up more of these "mini-reunions" with other friends soon—it's so much easier to spend time one-on-one with friends when it's on both of your terms rather than when you're at an event, where you're obligated to visit with many different people.

Looking back on those few days proved one thing to me: friends and acquaintances come in and out of your life, some because of circumstance and some simply by chance. But true friendship lasts forever. Even if some friends aren't a part of your daily life, they will always be your friends. (At least in most cases.)

That's really comforting to know.
Posted by Larry at 7:07 PM