Sunday night the Oscars will be awarded to a few lucky people. Since I'm fairly certain I'll be pleased with some of the winners and disappointed with others, I thought that this year I'd put together a list of those actors and actresses who gave what I felt were the best performances of the year, whether or not they were nominated for Oscars.

So, in no particular order, here goes:

Michael Shannon, Take Shelter: Michael Shannon gave a truly Oscar-worthy performance as a man trying to make sense of his increasingly disturbing (and perhaps apocalyptic) dreams. Is he hallucinating? Is he seeing visions of what is to come? Whatever the reason, Shannon does an incredible job of portraying a man just barely (if that) holding himself together. Watch the trailer.

Ryan Gosling, Drive: Ryan Gosling had one heck of a year in 2011. While his sexy, charming performance in Crazy, Stupid, Love endeared him to audiences and his strong idealism in The Ides of March was captivating, he was at his most magnetic, his most enigmatic, and his most dangerous in the underappreciated but fantastic Drive. Playing an unnamed guy whose specialty is serving as a getaway driver, Gosling brought menace, charm, and sex appeal to this role. So good. Watch the trailer.

Felicity Jones, Like Crazy: This movie of an all-consuming love that has to weather a great deal of turmoil was tremendously moving, and while Anton Yelchin did a terrific job, Felicity Jones, as the sometimes-aloof, sometimes deeply obsessed Anna, was marvelous. And when I found out that nearly the entire movie was improvised by the actors, my admiration grew. Loved the movie; was dazzled by the performances. Watch the trailer. 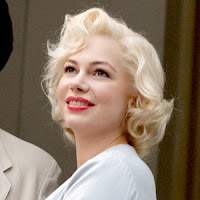 Michelle Williams, My Week with Marilyn: After turning in an emotionally searing performance last year in Blue Valentine, Michelle Williams stepped into the role of an indelible icon and nailed it, garnering her third Oscar nomination. But while she completely captured the oft-imitated breathy sexuality and amazement with her own appeal, Williams' portrayal of Marilyn Monroe's vulnerability and naked desire for love is what has stuck with me. She deserves the Oscar, although she'll be passed over again this year. Watch the trailer.

Joseph Gordon-Levitt, 50/50: We've watched Joseph Gordon-Levitt grow up before our eyes, from the awkward teenage alien on the television hit Third Rock from the Sun to the romantic foil in (500 Days of) Summer, Gordon-Levitt has demonstrated magnetism, charm, power, and sex appeal in many of his roles. But in 50/50, he truly came into his own. Playing Adam, a young man diagnosed with cancer which may or may not be fatal, he walked the thin line between anxiety and despair, depression and rage, while maintaining a sense of humor and empathy for those suffering around him. Watch the trailer.

Elizabeth Olsen, Martha Marcy May Marlene: To think that Elizabeth Olsen is the sister of Mary-Kate and Ashley! As a troubled young woman who has escaped from a cult which has had unfathomable influence over her, Olsen gave a riveting performance in a movie that was just a little bit creepy. You never quite figure out everything Martha went through, and Olsen brought an unpredictable vulnerability to her character, making her both a mesmerizing and unsettling character to watch. Watch the trailer.

Kevin Spacey, Margin Call: Kevin Spacey has given some indelible performances in his career, including his Oscar-winning roles in The Usual Suspects and American Beauty. But his performance in the ripped-from-the-headlines Margin Call has stuck with me not only for the fiery moments he had as a mid-level financial executive whose company is in the midst of a crisis, but for the human touches he brought to this character. Those moments of quiet grief and reflection stand out in the middle of a movie that is all about dialogue and chaos, and it's a shame more people didn't see this. Watch the trailer.

Rooney Mara, The Girl with the Dragon Tattoo: When David Fincher cast virtual film novice Rooney Mara as Lisbeth Salander in his adaptation of the blockbuster The Girl with the Dragon Tattoo, most people wondered, "Rooney who?" But after watching the fire, passion, bravado and tinges of vulnerability Mara brought to the character, people now know she is a force to be recokoned with. She received a well-deserved Oscar nomination for her performance, and I look forward to watching her continue to develop this complex character as the film trilogy progresses. Watch the trailer.

Michael Fassbender, Shame: While much was made about Fassbender's frontal nudity and graphic sex scenes in the movie, his emotionally gripping performance caught as much attention as his, umm, other attributes. The story of a sex addict whose life comes unhinged by the arrival of his sister, he brought vulnerability and bravado to a character few could identify with. Eye-opening (and not for obvious reasons) and thought-provoking. Watch the trailer. 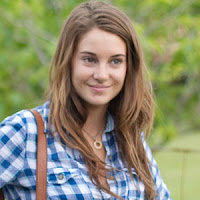 Shailene Woodley, The Descendants: While George Clooney gave one of his best performances as a cuckolded husband in The Descendants, Shailene Woodley, playing his headstrong daughter, was the true standout, in my opinion. Navigating between anger with her mother and helplessness over how her family has been shaken, her portrayal is realistic, painful, and tremendously hopeful. She clearly has no problem standing toe-to-toe with Clooney. Watch the trailer.

Christopher Plummer, Beginners: Nearly 47 years after his iconic performance as Georg Von Trapp in The Sound of Music, Christopher Plummer quietly ignited the screen with his thoughtful, tender, and charming performance in Beginners. Playing a man who comes out of the closet at age 75, he gives his whole heart to the character, as well as to his relationship with the equally fantastic Ewan MacGregor, who plays his son. Plummer's character isn't ashamed of his newly embraced sexuality; what he wants more than anything is to be loved and for his melancholy son to find a love of his own. And hopefully, as of Sunday, Plummer will finally have an Oscar. Watch the trailer.

Meryl Streep, The Iron Lady: It's a rare movie in which Meryl Streep doesn't give an exceptional performance, but in my opinion, it's probably even difficult for someone as talented as Meryl Streep to give an outstanding performance in a movie that isn't quite so good. And that's how I felt about The Iron Lady, the film biography of former British Prime Minister Margaret Thatcher. The film wasn't particularly strong, but Streep's performance, particularly as Thatcher began struggled with the onset of Alzheimer's, is a tour-de-force. She literally disappears into this part. She received a record 17th Oscar nomination for this performance, and I'm hoping that she may walk away with her third Oscar on Sunday night. Watch the trailer.

Albert Brooks, Drive: While Ryan Gosling is mesmerizing in Drive, Albert Brooks gives a performance unlike anything you've ever seen him in. This is Nemo's dad, Aaron from Broadcast News, the often nebbishy character who whines. But as Bernie, his villainous alter ego, he brings a quiet menace that undercuts just how dangerous of a man he is. He avoids any tendency to overact, almost underplaying the role. Why he didn't get an Oscar nomination is beyond me. Watch the trailer.

Viola Davis, Octavia Spencer, Jessica Chastain, Emma Stone, and Bryce Dallas Howard, The Help: While the movie adaptation of the best-selling novel The Help was one of the most eagerly anticipated releases of 2011, no one was quite prepared for the group of spectacular performances that most of the actresses gave. Viola Davis' steadfast, brave, loving Aibileen; Octavia Spencer's sassy yet vulnerable Minnie; Jessica Chastain's fragile-yet-steely Celia Foote; Emma Stone's strength as Skeeter Phelan; and Bryce Dallas Howard's evil and insecure Hilly each gave heart, soul, and fire to this movie. Spencer is a shoo-in for the Best Supporting Actress Oscar this weekend, and there is a strong chance that Viola Davis may take home the Best Actress award as well. But there should be room on the podium for all five women. Watch the trailer.

Demián Bichir, A Better Life: When the Oscar nominations were announced in January, probably one of the biggest surprises was Demián Bichir's Best Actor nomination for A Better Life. Well, it was a surprise only to those who didn't see the movie, because if you did, you would have been mesmerized by Bichir's star-making performance as Carlos, a gardener and undocumented immigrant struggling to make ends meet. He takes every job he can in an effort to give his teenage son the best life possible, but life is not easy for Carlos. Bichir's performance is quiet and heartfelt, and is representative of the plight of so many in our country today. Watch the trailer.

It was hard to narrow this list to the 15 (sort of) performances I chose. Brad Pitt gave one of his best performances in Moneyball; Jean Dujardin and Berenice Bejo entertain and touch the heart in The Artist; Melissa McCarthy is at her raunchiest in Bridesmaids; Janet McTeer was a revelation in Albert Nobbs; and Max Von Sydow was heartbreaking in Extremely Loud and Incredibly Close, to name a few "honorable mention" performances. But you've got to cut down somewhere, you know?
Posted by Larry at 12:52 PM