If it Gets Better, Why Does it Keep Getting Worse?

This occurred earlier this week but I didn't have time to post about it until now. 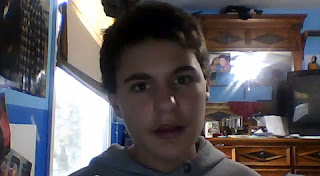 My heart is breaking over last weekend's suicide of 14-year-old Jamey Rodemeyer, a gay teen from the Buffalo area. He took his life shortly after returning from a family camping trip, and his suicide is attributed to years of bullying because of his sexuality.

"I always say how bullied I am, but no one listens," he wrote on his blog September 9. "What do I have to do so people will listen to me?"

In the months prior, he routinely blogged about school bullying and thoughts of suicide in between upbeat posts about his pop star idol Lady Gaga and the ordinary types of teen rants typical for kids his age.

To demonstrate the amazing beauty of Jamey's spirit, even as he battled bullying in his own life, in May he recorded a video for the It Gets Better Project, to try and encourage other teens struggling that life was still worth living. It just kills me to watch this video.

I know that for every suicide that finds its way into the public eye, there are a dozen children who commit suicide every day because they are bullied for being different, even when they themselves might not really know what their differences are. And I continue to be frightened by the conservative turn our society seems to be taking, especially when it comes to the way people are treated relative to their sexuality, or what is perceived to be their sexuality.

But regardless of your views, it is not okay for a teenager or preteen or anyone to take their own life because they feel they have nowhere else to turn. And it is not okay for them to be abused, physically or emotionally, because of their differences.

Why can't we teach our children this lesson? How hard is it to get teachers and school administrators to recognize what is going on in front of their faces and take action? Ignoring it makes the problem worse; it does not make it go away.

Let's try not to lose another Jamey Rodemeyer. Can't we allow these kids to live their lives so in turn they can grow up to be adults with full, loving hearts?

We can't waste another minute. My heart goes out to Jamey's family and friends, and all I can say is, rest in peace, Jamey Rodemeyer. You left this world a little more compassionate than it was to you, and for that, all of us should truly be grateful.
Posted by Larry at 10:36 AM