Not sticks or stones, but words... 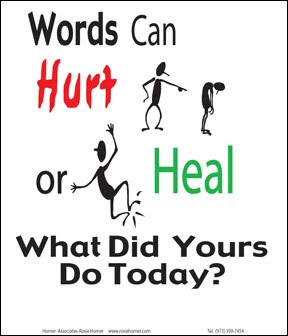 Last night I had the awesome pleasure of watching the Washington Redskins clinch the NFC East division for the first time since 1999, beating their arch rivals, the Dallas Cowboys, in front of a roaring crowd. For a team that was 3-6 just seven weeks ago, to finish with a 10-6 regular season record and be headed to the playoffs just demonstrates the amazing talent and persistence the players have, especially rookie quarterback Robert Griffin III and rookie running back Alfred Morris.

The game was do-or-die—if the Redskins won, they clinched the division title; if they lost, they were out of the playoffs. The fact that it all came down to this, against the Cowboys of all teams, created an electrifying atmosphere I've never experienced before in my lifetime.

As with any sporting event, there were fans of the opposing team, talking their usual smack. When you take a game that means this much to both teams, throw in a decades-long rivalry, and add alcohol, tempers are sure to run a little higher than normal. But the taunting that occurred last night hit a little closer to home and was a little more hurtful than I would have expected.

Seated in our section last night was a Cowboys fan in his early to mid-20s. He had clearly been drinking. And when the Cowboys ultimately scored first, he was quick to taunt those of us around him, many of whom teased him for being a Cowboys fan in the first place. At that point, the sarcastically friendly ribbing turned ugly, as folks around us starting referring to Dallas Cowboys quarterback Tony Romo as "Tony Homo" and then proceeded to call the players and the fan in our section "fag," "homo," and use lots of other homophobic comments to describe everyone.

The action started again fairly quickly, so they were distracted, although they started up again once or twice. Having sat with a number of these people many times before over a few years, I've always believed them to be reasonably decent, so this was shocking. And I felt powerless to stop this.

Why is it that we still resort to homophobic taunts when poking fun at people? Is it necessary to adopt a mocking, higher voice, even a lisp, to get some sort of point across? To these people, is being a "faggot" or "homo" the worst thing they can imagine?

Sure, I know there was alcohol involved, but that doesn't excuse the behavior. I couldn't help but be brought back to far too many high school and middle school gym classes and other incidents in my childhood where those words were used. And although I have a much stronger self-belief system than I did then, I don't imagine I'm the only one who was affected by those words in a similar way.

My—perhaps naïve—hope for 2013 is that people don't find it necessary to resort to taunts of "fag" and "homo" when they want to insult people. I hope that professional athletes and comedians don't think the easy way to recover from a taunt, or the quickest way to a laugh, is to use those words.

Don't we owe it to ourselves to be a little more evolved? The world didn't end last week; why revert to outdated prejudice when behaving in the present?
Posted by Larry at 9:43 AM